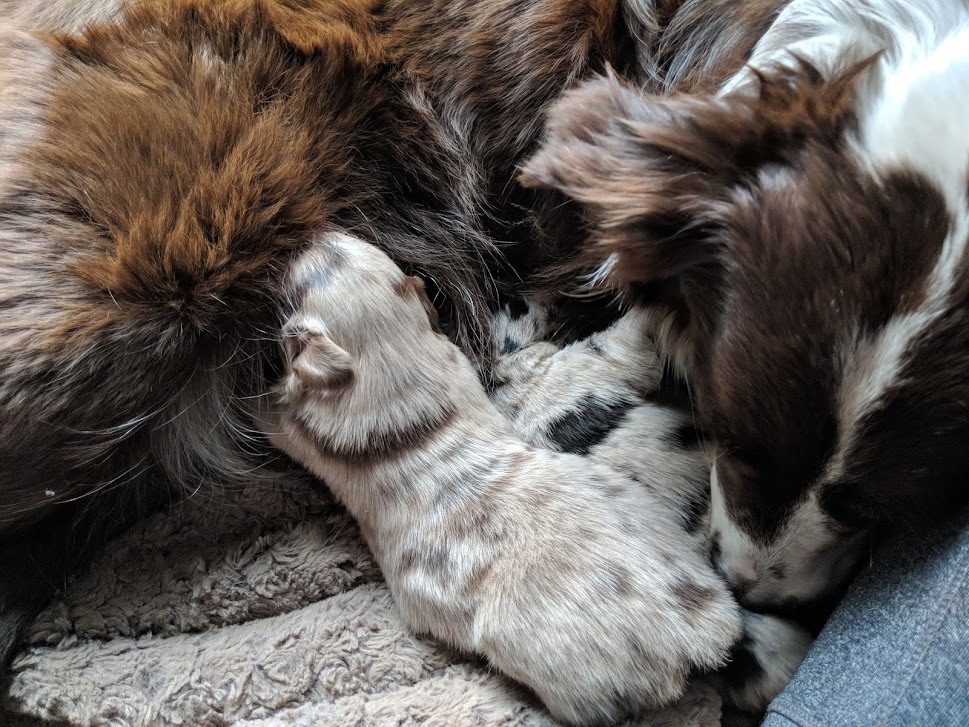 I am not currently producing dogs. I'm a great resource to come to if you're looking for one, though. Please feel free to reach out.

My stud dog's brother is getting used and has a litter on the ground. Contact Hardin's Aussies for more information on this and other planned breedings.

This was written after someone fairly prominent in the breed told me she was surprised at what people we selling and sharing with here, so I gave her this write up as a way to select the right dog for her needs. May you find it as useful.